When employees suffer health or comfort issues linked to time spent in a building, and no specific illness is at fault,“Sick Building Syndrome” could be the culprit. Many times the cause can be flaws in the HVAC system, which can be fixed with regular maintenance. Sometimes, though, the cause is mold, use of industrial chemicals, or lack of fresh air. 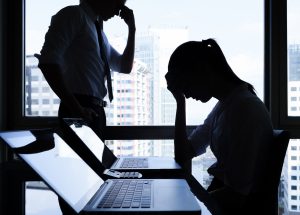 A few symptoms of this phenomenon include sinus or skin irritation, headaches, fatigue, and aches/pains. Symptoms usually disappear when occupants leave the specific room or building, and reappear when they return to that area. In some cases, individuals can have long-term health effects from the irritant. An onset of symptoms often occurs for several individuals in as little time as a few weeks. Symptoms can also reappear seasonally due to the use of heating or cooling equipment.

Inadequate ventilation, chemical use, vehicle exhaust, bacteria, mold, pollen and viruses can all cause SBS. Dirty filters and poor maintenance of HVAC systems can also cause Sick Building Syndrome.

To find out if a building is “sick”, a diagnosis by a trained occupational health or industrial expert should be performed. They will perform a walkthrough and likely survey the building occupants for common symptoms. An expert may make recommendations to improve building health based on many observations, including poor cleaning quality, poor ventilation, or water damage.

There are ways to help prevent your building from becoming sick. It starts with proper design and good maintenance of buildings. You can also clean roof shingles; use ozone to eliminate molds and bacteria; replace ceiling tiles and carpet; and make sure that chemical use is minimal in well ventilated areas. Increasing air exchanges and proper maintenance of HVAC systems is also helpful. Call the Pleune Service team at 800.447.6907 to find out more about what you can do for a sick building.

Energy conservation has gained popularity ever since the rise of “going green”. The lists of tips and tricks on how to be more environmentally friendly are endless these days. So what can you do to make your business more energy efficient, and even keep some extra cash in your pocket? 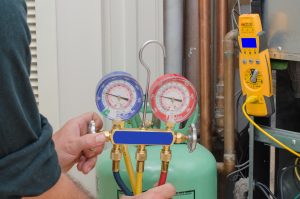 Most people don’t know that in a typical building the HVAC system accounts for around 40% of your utility bill. Proper maintenance to your HVAC equipment ensures your system keeps running efficiently. However, even the most efficient HVAC mechanical system wastes money when it runs in an unoccupied building. Anytime your HVAC equipment delivers more cooling, heating, water flow, or air flow to an area than necessary, it wastes energy.

Consider taking a look at your HVAC control system. Do you know when your HVAC equipment is running? Does it run around the clock? What are the settings when your building is vacant? Taking some time to re-program your thermostat or finding a way to reduce the runtime of your HVAC system can save you a lot of money. It also significantly reduces your energy use, making your business that much more “green”.

Pleune Service specializes in HVAC control systems, and installs the most cutting-edge energy saving products. From a full blown Web based Tridium AX system, to programmable thermostats with intelligent recovery, we design systems that control comfort and maximize efficiency. We can custom tailor a system that fits your budget and your requirements. Our sales engineers will evaluate your building’s control system to give you ideas and a sample budget for minimizing your energy consumption. Contact a technician today at 800.447.6907 to see what system would be right for you and your business.

There’s an environmentally friendly air conditioner out there, and it gets hot before it cools you down.

When do you need your air conditioner most? Many would say when it’s hot and the sun is shining. So why not a solar-powered AC? This relatively new creation has popped up in places such as Australia and the U.A.E., but the first prototype arose out of China. Now, people in the U.S. can get them, and environmentalists and frugal individuals alike are on board.

These types of units have a lot of perks. The first is the lower cost. Electricity prices continue to stay relatively high, so a solar-powered unit as opposed to an electrically run unit saves on cash. Solar-powered air conditioners also use less energy to keep you cool, leaving less of a carbon footprint behind.

The big question, though, is whether or not these units are reliable. Solar powered units, which use “thermal chillers” to run and have fewer moving parts, are expected to last much longer than the average unit. Not only that, but even on the cloudiest of days, these units can be backed up using natural gas. There’s no need for any other external backup system to make sure your air keeps up on those hot summer days.

To see what types of HVAC units would work best for you, call the Pleune Service team at 800.447.6907. Our service techs are available 24/7 to answer any of your heating and cooling questions. 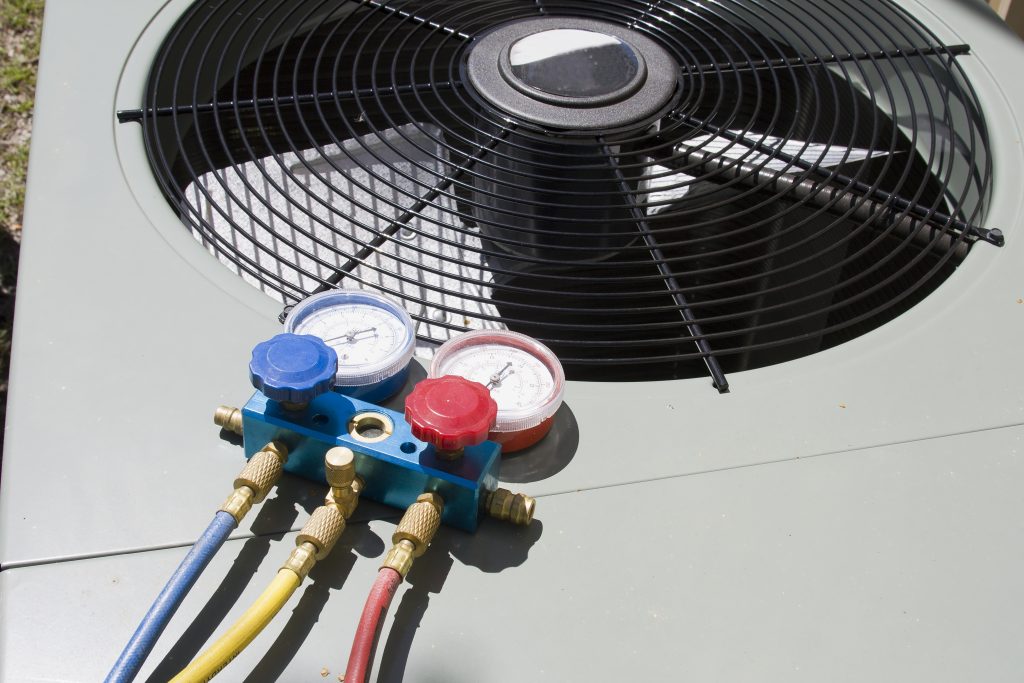 Older systems (ones manufactured before 2010) often use a coolant called R-22, sometimes better known as Freon. The EPA, or Environmental Protection Agency, ordered that R-22 be phased out because of its massive environmental impact. Its continued use depletes the ozone significantly, and this has led to the creation of a more environmentally-friendly refrigerant known as R-410A. But as R-22 is phased out, the price of it skyrockets- up to 300% higher in some areas. So how can business owners handle this relatively new predicament without breaking the bank?

Below, we have 3 ways that businesses can adapt to the fall of R-22:

Fix those leaks you’ve been ignoring

Just pumping more Freon in your system when it leaks will be incredibly costly. If you’re not ready to get rid of your company’s old A/C system quite yet, fixing those leaks will help you use less R-22 until you can replace your system (which, for cost and environmental reasons, you will have to do eventually).

Stop running your air as much

Obviously not the most ideal option, this will use less R-22 and save you money short-term. It’s not a permanent fix though, especially during those hot and humid summer nights. Which is why tip #3 is the one we recommend most…

Switch to a newer (and better) A/C system

If you can afford it, this is by far the best option on all accounts. Not only is the new R-410A coolant (which can only be used in new systems) more environmentally friendly- it’s cheaper, too, for that very reason. You’ll also save on efficiency- in fact, some people report that their energy savings is more than their monthly financing payments for a new unit!

At least 75% of R-22 has been phased out since 2014, and the EPA’s plan is to have new and imported supplies banned by 2020. An investment in a new system might seem pricey upfront, but the savings- for your wallet and the environment- are more than worth it.

To save your business money and go green with a new A/C system, give us a call to schedule an appointment today.